The Aggregates series of prints are inspired by a 2nd century text by the Indian philosopher, Nagarjuna, that begins, "If the self were the aggregates…."

The Aggregates prints are created using multiple 4x3 inch plates to create an open, debossed grid that extends out beyond the edges of the paper, printed primarily with black or gray ink. I began using 4x3 inch plates in 1995, and return to the series periodically, each time adding new plates to my existing collection. The plates use a variety of different etching techniques to create a range of different images -- abstract and representational, scientific, musical, naturalistic. There are images of sine waves, particle physics tracks, abstract landscapes, fragments of musical notation, and renderings of found natural objects such as feathers, stems and seeds. I also use blank, unetched plates to reinforce the debossed grid. These blank plates frame the paper itself, underscoring the paper’s existence as a three-dimensional object, rather than simply a passive vehicle. Chine collé adds found color and texture, as well as found graphics including maps and newspaper clippings of reports of deaths from political violence. Overall, the prints are stubbornly minimalistic. Large areas of each print consist of the empty body of the paper.

A teacher of mine once accused me of trying to unify multiplicity. That's as good a description of the Aggregates series as any.

The Aggregates series is printed at Buzzworm Studios, in Portland, Oregon. 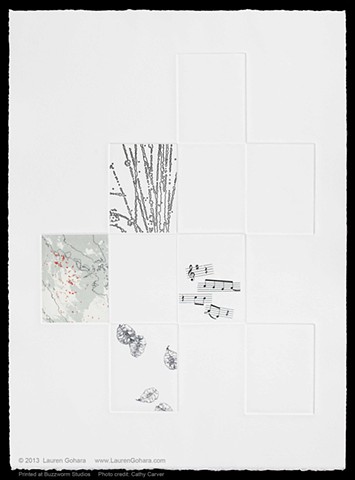 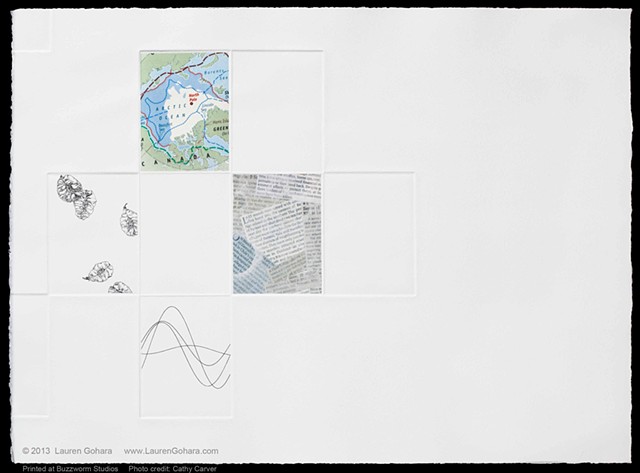 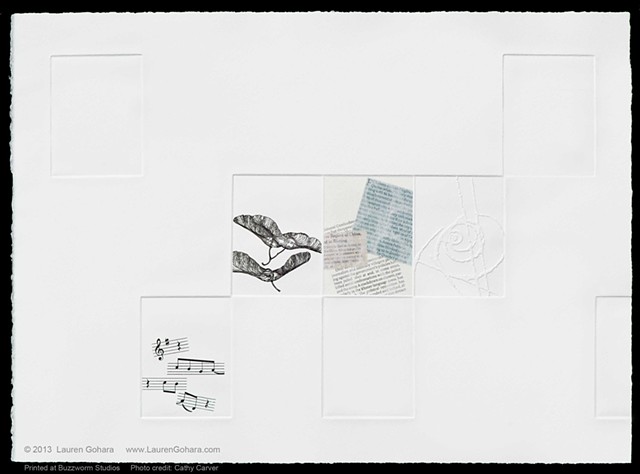 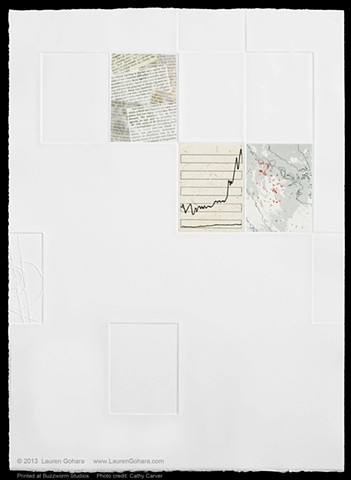 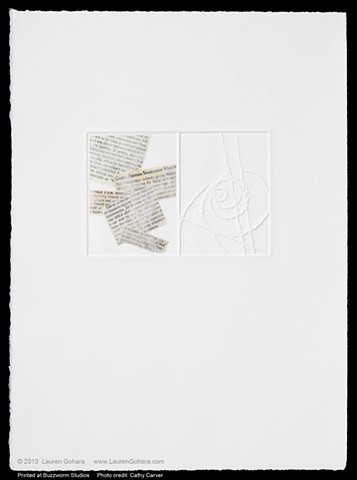 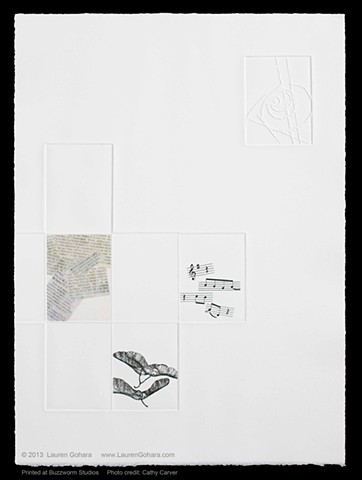 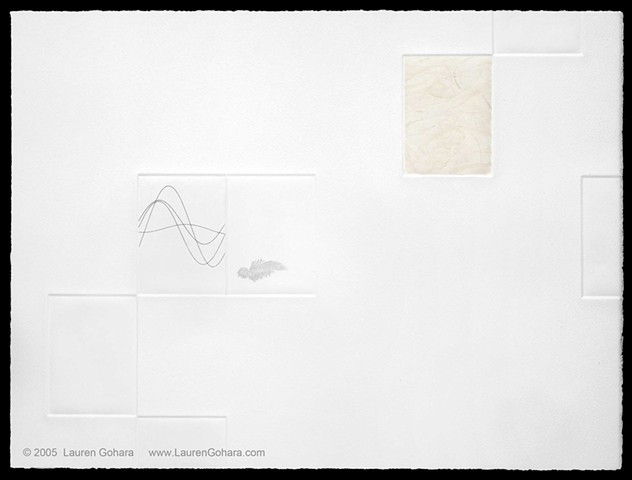 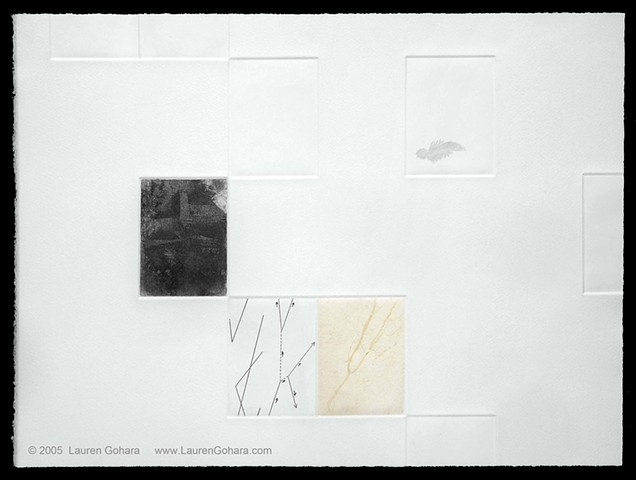 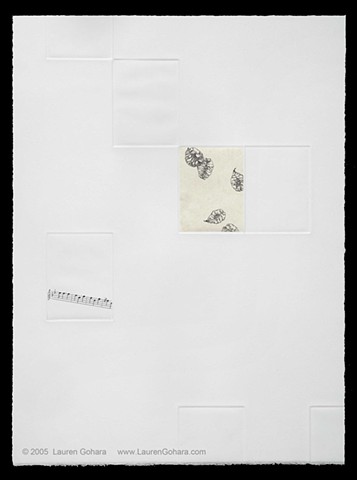 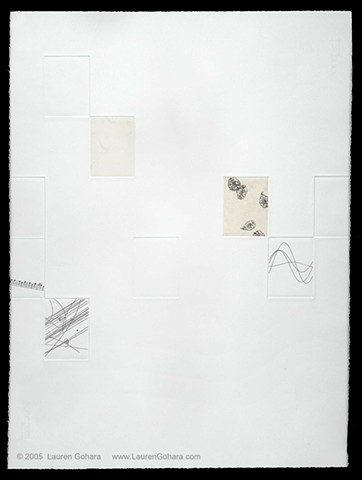 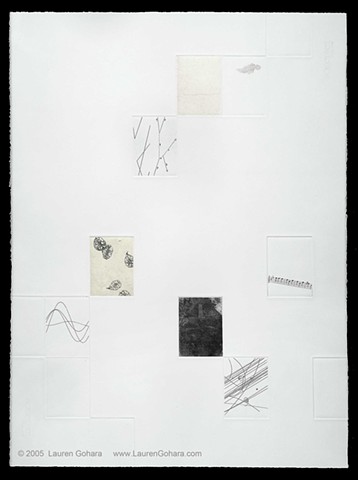 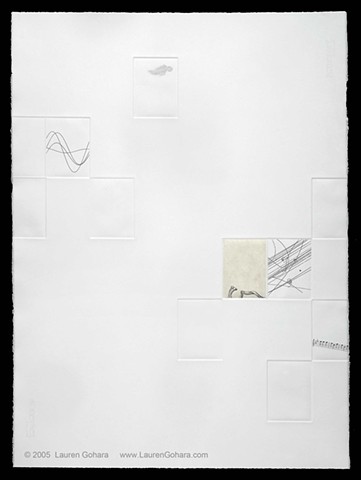